My 10 favorite spots in Lebanon

Despite it small size and never ending drama, My Lebanon has been always the only witness to beautiful fusions all around its 10452km2. From its location in the heart of the Middle East and on the coast of the Mediterranean, it has charming spots for all types of visitors; Roman ruins, monasteries, hipster spots, impressive restaurants, one of a kind vineyards, iconic historical architecture blending with modern landmarks, must museums, must skyslopes mountains and beautiful beaches…. This would be a never-ending list but I decided to share today 10 of my favorite spots in Lebanon (excluding museums) and Ill be definitely sharing a more detailed list in upcoming posts.

JEITA GROTTO
On top of the list for every traveler to Lebanon and local too are the mesmerizing caves of Jeita. A place of cultural and historical importance, discovered in 1836 and evolving every day. The Jeita Grotto retained its natural rock formations which are left untouched spelling a wow charm with its naturally formed stalagmites and stalactites lining the giant cave forming an upper and lower cave part of it emerged with water.

BAATARA GORGE WATERFALL
One of the most beautiful waterfalls in the world! Made from natural rock formations which geologists believe were formed millions of years ago. In fact some of us calls it the “3 Bridges Chasm” because of the three bridges hanging above the limestone cave believed to have existed since the time dinosaurs still existed. One of my favorite hiking spots that captures the real essence if the Lebanese scenic beauty in all 4 seasons!

The Temple of Baalbeck
“City of Sun” aka Baalbeck is home to the temples of Jupiter and Bacchus among other ancient archeological monuments. In Baalbeck, you have the chance to marvel at ancient architecture which served as the solace of ancient Romans as they strive to please and worship the gods.

Qadisha Valley
The Holy Qadisha Valley has been part of the Christian tradition for millennia. Ancient Christian monastic communities live there to this day. Owing to its cultural significance, the Valley finds a spot on the UNESCO World Heritage list. Qadisha Valley is worth a visit for its natural beauty, too. With the Qadisha River running in a gorge between mountains on either side, the valley has beautiful groves of cedar trees, and is good for hiking in summer.

Tyre
Tyre, in southern Lebanon, was one of the great trading centers of ancient times. Today, this ancient Phoenician city is famous for its ancient ruins: a hippodrome and harbor dating to 2750 BC. Tyre is far from simply a ruin, though; it is a busy, modern port city of more than 100,000 inhabitants.

Byblos aka Jbeil
Byblos is famous for being one of the oldest settlements of the region. The history of this small, coastal fishing town goes back 5 millennia. The ruins of the Crusader Castle are the top attraction in this town today. A walk around this medieval town can be fascinating, taking you past beautifully preserved streets and ancient stone houses, still lived in.

Saida
Between Beirut and Tyre along Lebanon’s Mediterranean coast, Sidon boasts historic landmarks, beaches and a great place to stroll along the corniche. Maybe some of the local fishermen will even allow you to join them. 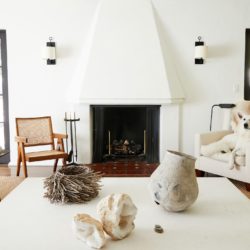 previous post
3 Deco Mistakes to avoid
next post
Arts on the Streets of Tripoli: A Message of Peace! 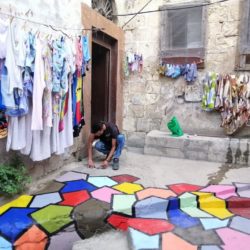