Inside the Lebanese Presidential Palace

Most of us have never been to the Presidential Palace and know little about it so I decided to venture into Baabda Palace, the official residence of the President of Lebanon.

A simple and modern design from the outside with Lebanese arcades crowning its entrance and rich with antique masterpieces on the inside.

Completed in 1969 on a hill in the city of Baabda on the southeast of the capital Beirut, the building is significant both historically and politically. A massive hexagonal main entrance links the interior space with meeting halls, ministerial meeting room, cabinet hall, the President’s office and many other cavernous rooms. The Grandiose hallways of the country’s presidential headquarter are filled with antique artwork including many sizable mosaics and limestone statues dating from the Roman Period. Not to forget portraits of the 12 presidents that succeeded at the head of the Lebanese State presidents lining the entrance walls. Antique potteries excavated from various sites in the country are on display in several rooms of the palace. The gardens surrounding this architecture were rich with symbolic trees and Roman columns. The charm of Baabda Palace is in the details that make out of it one of Lebanon’ most iconic residences! 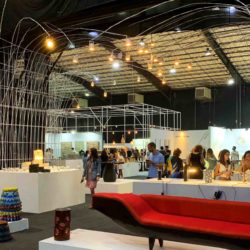 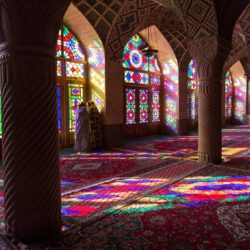